*Nesobity Travel Egyptologist Guide will pick you up from your hotel in Hurghada. once arrived at Luxor you will cross the Nile River towards the west bank.

An anticipated busy day whilst going the Nile river closer to the west bank. The first visit in the day to the Valley of the Kings ,  the valley incorporates sixty-three royal tombs within the New Kingdom period 1500 B.C. The motive of selection the west bank withinside the burial, due to the dry environment, good enough Limestone queries and to hold their tombs and the royal mummies obscured from the robbers. The partitions of those tombs are containing brilliant carvings and inscriptions indicating the religious life of the Pharaohs. Then continue to Temple of Queen Hatshepsut. It is such a completely unique temple in its architectural style. Where it incorporates inscriptions of the royal journey to Puntland. And visions of the divine beginning of Queen Hatshepsut. The limestone mortuary Temple of Hatshepsut became designed and built via way of means of the excessive priest and structure Senenmut 1503 B.C. Later you may be being attentive to the mythical tale of Colossi of Memnon in a granary area. These massive statues are sculptured from sandstone.

Eventually, a visit to the complex of Karnak Temples. Karnak Temple is certainly considered one among the most important Temples withinside the complete world, right here you’ve got the adventure to go to the Sacred Lake and the big Scarab Statue which reputedly in case you stroll few rounds about it, it brings you a good fortune as can also add your needs come true. Karnak Temples have been constructed in willpower to the triad of Thebes God Amon, his spouse Mut and their son Khonsu.

Finally, you will move back to Hurghada.

You Can See Anther tour:  2 DAYS TO ASWAN & ABU SIMBEL FROM MARSA ALLAM

Reviews Us On Trip Advisor: Nesobity_Travel

There are no reviews yet. 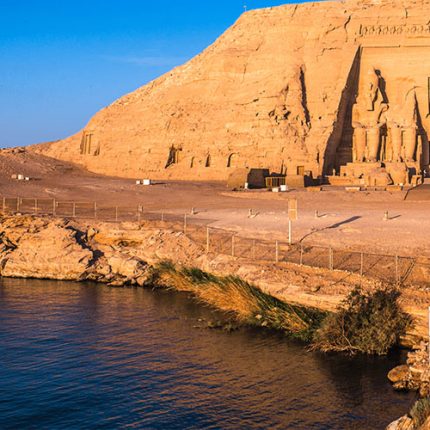 2 DAYS TOUR TO ASWAN & ABU SIMBEL FROM CAIRO BY AIR

Small group tours and tailor-made holidays ranging from a full package to shorter breaks. it is Nesobity Travel Egypt.